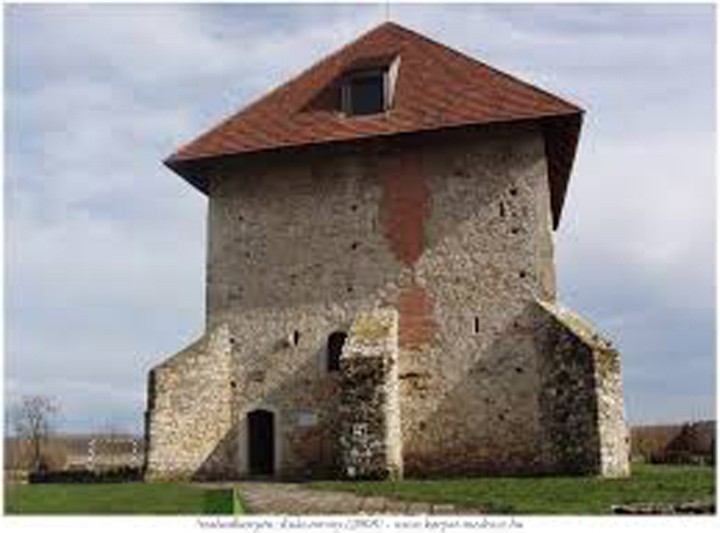 This gothic tower-house saw the bloody battles fought against the Ottomans but was also a granary. In the Kula – which means tower in Turkish – we can find the exhibitions presenting the Ottoman material of the county museum and the findings of the excavation at the border of the village of a Roman villa.

In medieval times the Sárvíz River covered an impassable marshy area, the only natural passage of this area was set up as a royal tollage as early as the 14th century and later the blocky tower supported by buttresses was built for the guards. Its role as one of the forward castles of the Ottomans occupying Fehérvár was to inform the Bey of Fehérvár of the approaching Habsburg troops so that he had adequate time to prepare the defences. Its fate was always dependent on the much more important Fehérvár so in 1601 Christian troops set up camp again amongst its walls and in the following year after a successful siege it was in the hands of the Ottomans again. Ottoman traveller Evlija Cselebi noted in 1660 while visiting this place: “This castle is the forward shield of Székesfehérvár against the enemy and its soldiers fight with the enemy three-four times a day as there is no other passage across the Sárvíz River. Those passing through are made to pay a toll by the soldiers of the castle and if it is under siege they hurry from Fehérvár and deliver it.” They were only able to drive out the conquerors for good in October 1687 and they were replaced by the Habsburg mercenaries who were sieging Fehérvár. The plank-castle was destroyed by the adversity of the weather while the three-story stone building was turned into a granary by local inhabitants. It was only in 1970 that an up-to-date archaeological excavation and renovation was carried out. Today we can see an exhibition presenting life in the Ottoman times amongst these walls that witnessed so many battles.

The largest Roman villa of Pannonia so far has been found on the boundaries of Szabadbattyán. The size of the building and the uncovered halls suggests that its owner must have been a high-ranking personality of Pannonia. It is probable that the Seuso treasures also come from here.