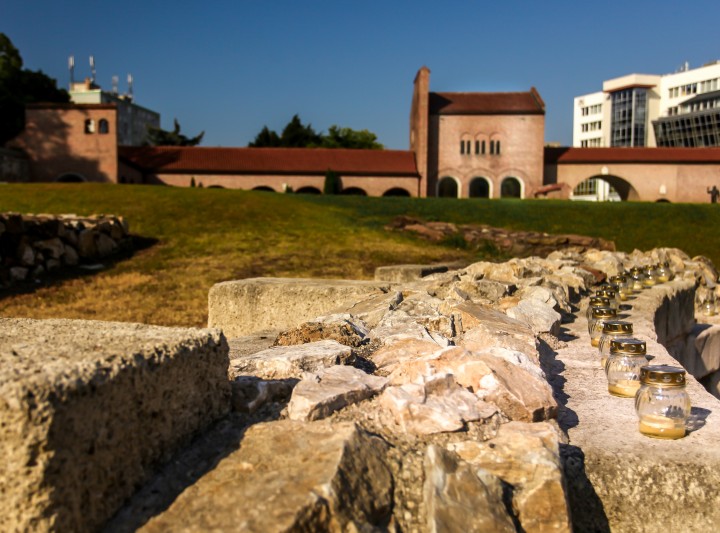 The Ruins Garden of the Coronation Basilica – National Memorial Site

At the site of the one-time coronations and burials today we can find the highly ornate sarcophagus of St. Stephen and the wall-picture of Vilmos Aba-Novák depicting the Holy Right and the Holy Crown.

The church is first mentioned in 1031. The three-aisled building with four steeples was the coronation church of the Hungarian Kings, 38 kings were crowned here in the middle ages. St. Emeric, who died suddenly and tragically, was buried by his father, St. Stephen, founder of the Hungarian state, in the basilica that he had built to be his own burial place. After this 14 Hungarian kings and several royal family members found their final resting place in this church. National assemblies were held in this place, the royal throne was here, the national treasury was kept in this place as well as the national archives, the crown, the staff, the sword and the robe. It was destroyed in an explosion in 1601 and its stones were gradually taken to be used in new buildings. The archaeological excavations started in 1862 still continue to this present day. The area was developed, excavated and put on display in 1938 which was the 900th anniversary of the death of St. Stephen. The mausoleum and archway that can still be seen today was built according to the plans of Géza Lux. The sarcophagus that holds the remains of St. Stephen was also placed in this area. 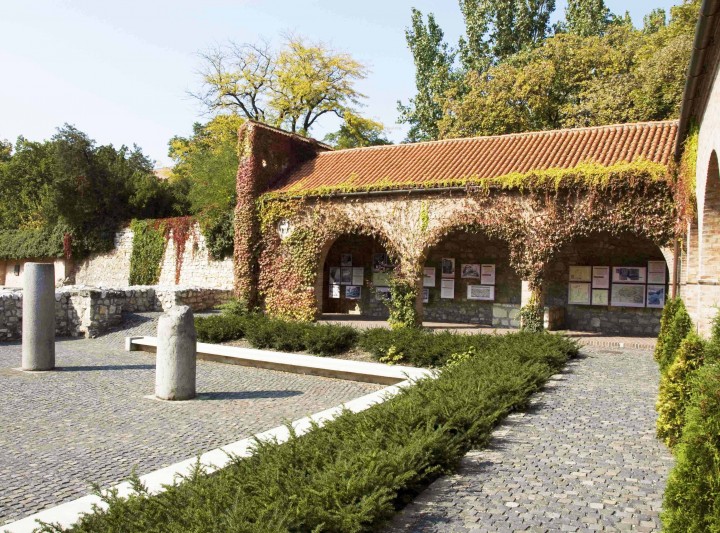 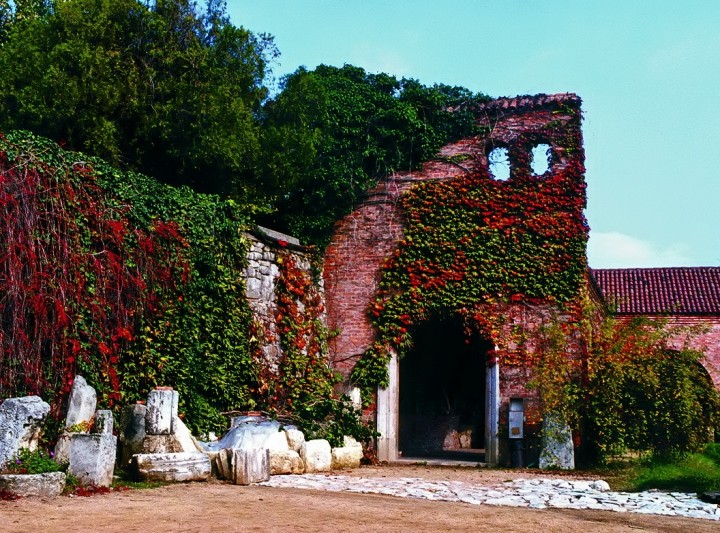 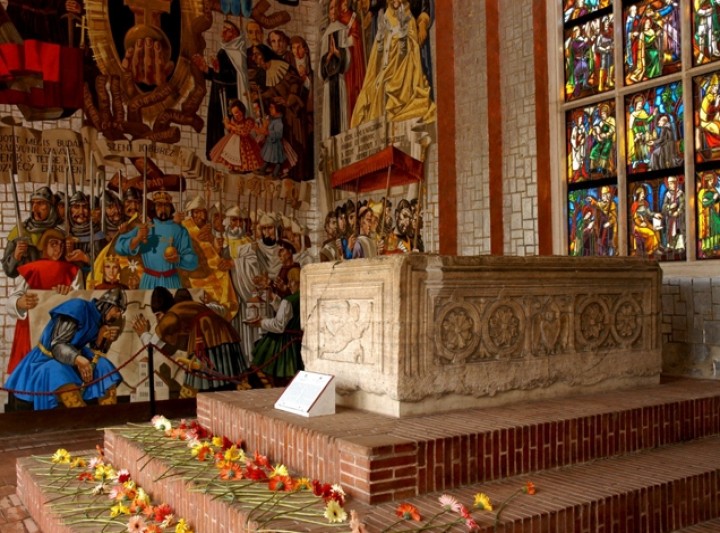 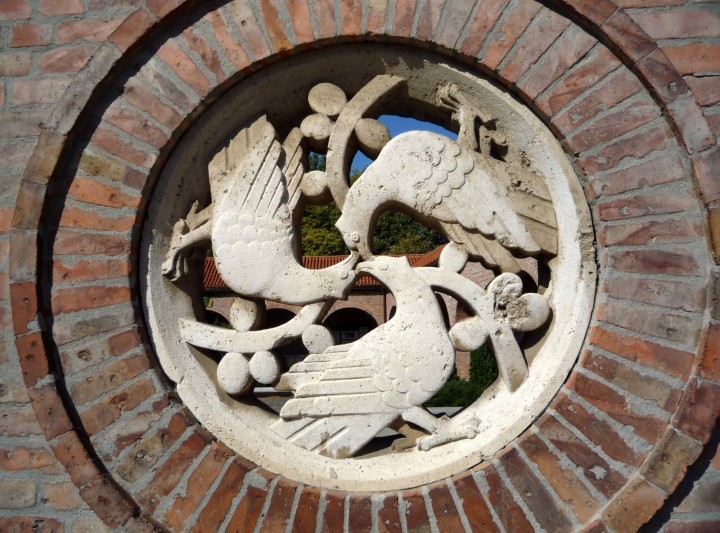 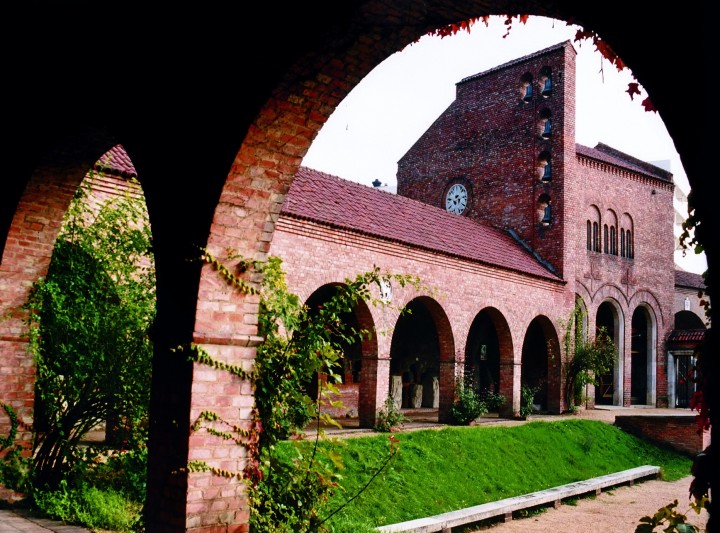 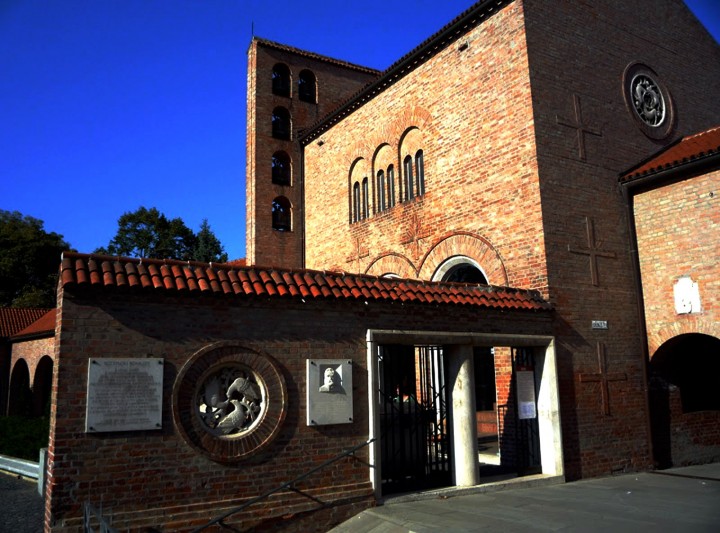