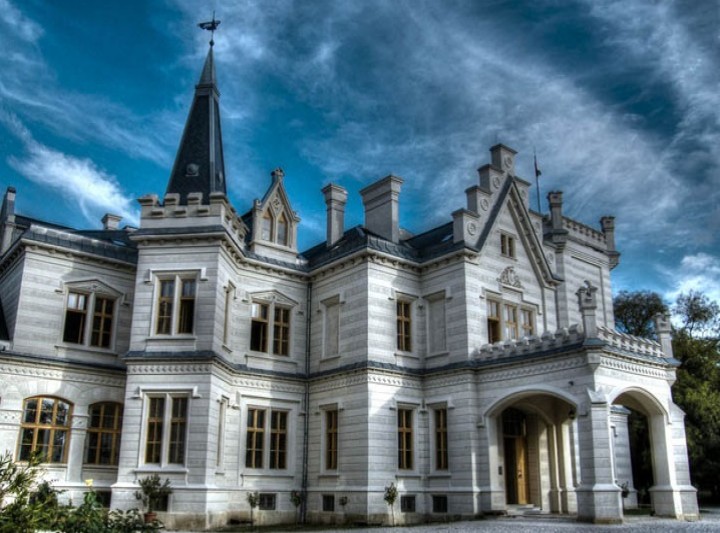 The Nádasdy Castle is the only romantic castle in Hungary built in Tudor Style. Famous craftsmen of the time decorated it with wrought-iron chandeliers, carved furniture, and tinted-glass windows and equipped it with the most modern appliances.

Originally the mansion of Lipót Nádasdy stood here which was part of the considerable wealth of the family. After the death of Lipót it was converted and extended from 1873 to the beginning of the 1880s by the commission of his son Ferenc. The castle was converted in Tudor style based on the design of István Linzbauer. The castle was equipped with the most modern appliances of the time. Comfort was assured by air heating, gas and later electric lighting, a network of communicating tubes, a sewage system and an underground food transportation system. It had a library and its own chapel at the disposal of the family. Probably the most prominent room of the castle is the gallery of family portraits, the Hall of Ancestors. The full-length paintings of predecessors were kept here and the splendid ornamentation of the room can be admired even today.

The estate was surrounded with a scenic park, artificial pond, waterfall and water-tower. The palm-garden and the pheasant nursery was a real curiosity.

According to legend it was the Nádasdy family who helped King Béla IV when he was hiding from the Tatars amongst the reeds, feeding him with wild-ducks. Only they knew where the hiding-place was and this explains the appearance of the wild-duck motive on their coat of arms. 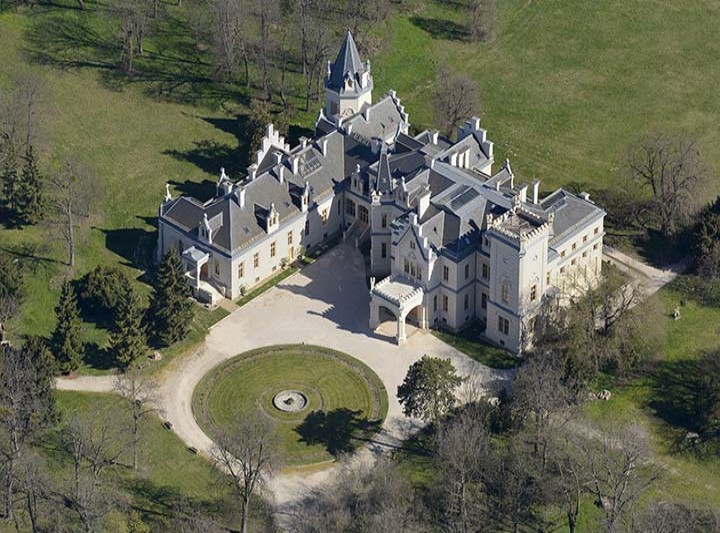