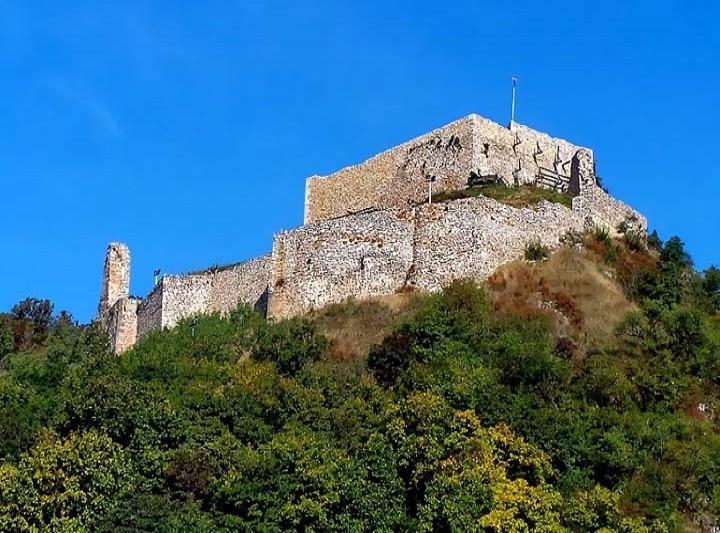 The Castle of Csókakő and its surrounding areas are a magical region for hiking. The gothic building at the top of the steep rock-face can be spotted from far away and it is the only surviving medieval castle beneath which there are woods with the blue hikers’ sign leading into the valley of the Castle.

There is a magnificent view of the basin-valley of the Mór-trench and Bakony, to the East. It is a must for the lovers of castle ruins!

The existence of the castle is first mentioned in a document issued in 1299 but it is supposed that it was there even before that. This region was the second most important centre of power in the 13th century after Székesfehérvár. This was thanks to its strategic characteristics. Out of the crumbling border fronts Csókakő is the only one that is not hidden away in the woods but stands on the edge of the hill craning over the still lively small village amongst vine-yards.

In the 16th century the castle lost its defensive importance as it was small compared to the overwhelming forces of the conquering Ottomans.

By the spring of 2014 most of the castle had been rebuilt. The wall stretches all the way round the castle, the draw-bridge leading to the rebuilt gate-tower with a grate, leaves of gate and also with the battlements of the south-western walls, with machicolation corridors and a ramp. The chapel partly carved into the rock was also remodelled from virtually nothing. The tower of the barbican was preserved in the best form from the Ottoman times. The view from the castle to the basin-valley of the Mór-trench and Bakony, to the East is magical. The lovers of castle ruins must visit this place.

There are no official opening hours anyone can visit the castle for free at their own accord during daylight hours. 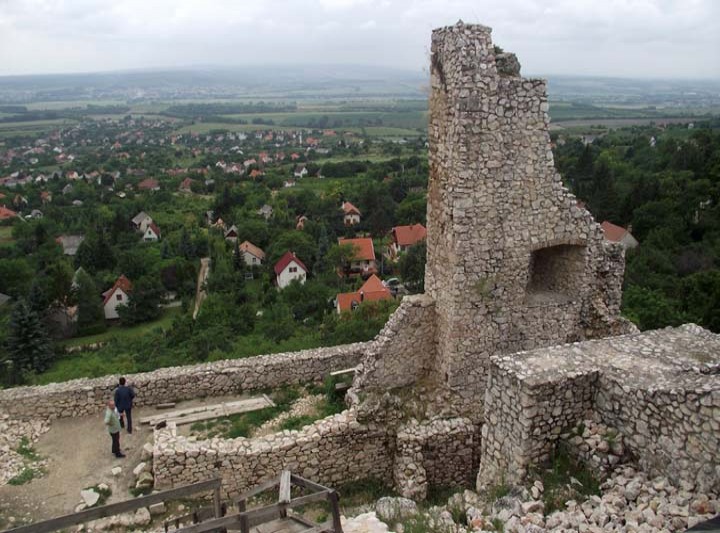 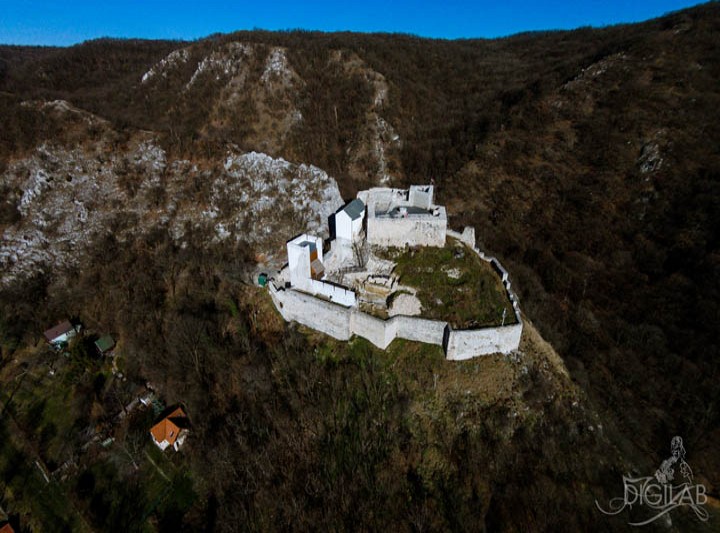 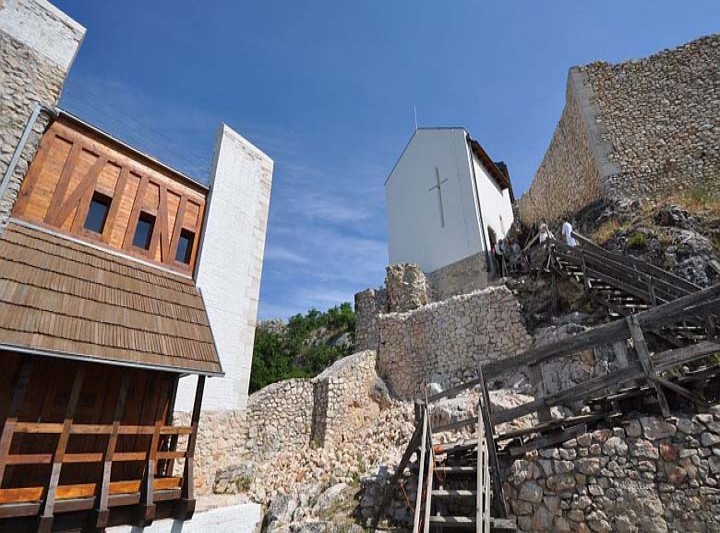