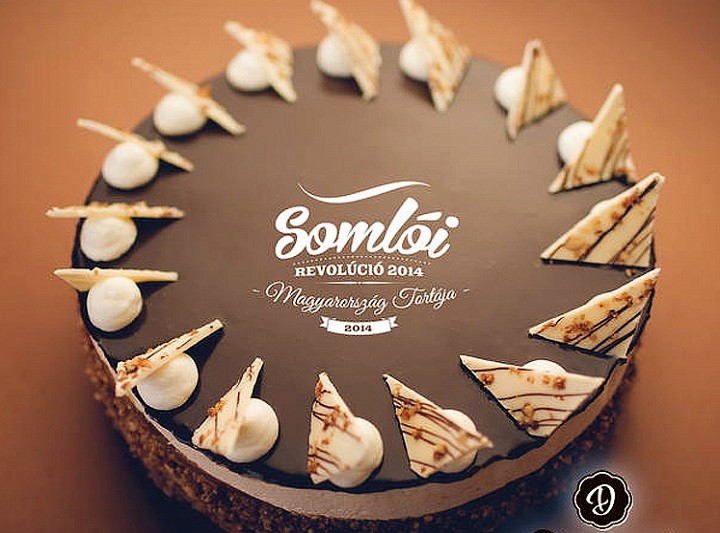 You may have tasted the 2014 ‘Cake of the Year’ but what is it like in the workshop where the recipe was created? Where can you find the 2013 ‘Ice-Cream of the Year’ and the 2014 winner of the 3rd place Ice-Cream of the Year? A visit to Székesfehérvár is flavoured by these but you must taste the Vörösmarty square cake which has been prepared for the last 60 years following the same recipe!

Balázs Damniczki master confectioner looks back at the old recipes when preparing his cakes and ice-cream specialities but following fashionable trends he also renews them. And not just in any way! In 2013 his red wine raspberry recipe came first in the ‘Ice-Cream of the Year’ competition while the raspberry-lime curd cheese almond crispy came third in 2014. The Somló Revolution was selected to be the ‘Cake of Hungary’ at the competition of the Hungarian Confectioners National Guild. The maker created the traditional Somlói cake in the form of a mousse torte honouring the great figures of Hungarian confectionery and their recipes. The mousse is a light, elegant, airy-textured cream that is becoming  more and more wide-spread and a searched after product. The dark chocolate mousse layered onto the nut-brittle and then the vanilla flavoured white chocolate froth-cream covered with ganache placed over an orange layer gives such an experience for the taste-buds that can be rightly called revolutionary.

The Vörösmarty Delicacy, a sponge cake based dessert filled with ganache and nut-cream is named after Mihály Vörösmarty who used to live in Székesfehérvár. It is on sale in most confectionaries. We can also mention Rigójancsi cake as being a local typicality. Jancsi Rigó, born in Pákozd, a world famous leader of a gypsy band wanted to impress his love, an American millionaire girl who ran away while in Paris, with this creamy cake with cocoa. The Rigójancsi commemorating this 19th century elopement romance has since become a classic cake.