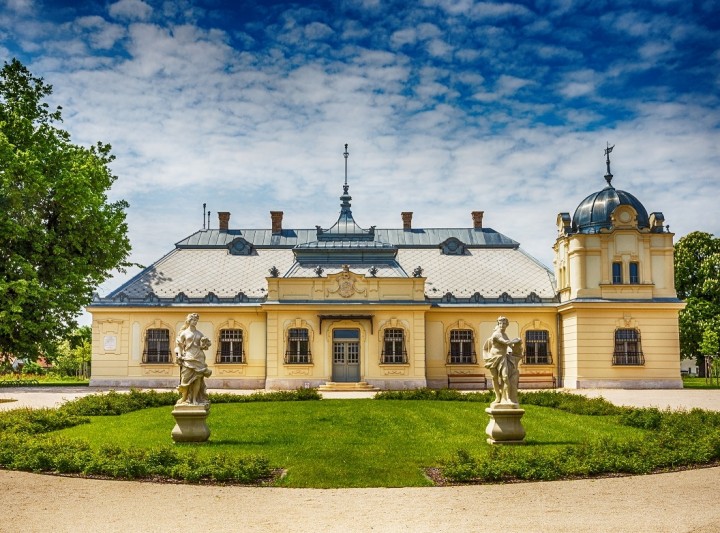 Halász Mansion was built around 1810 and was turned into a neo-baroque castle a hundred years later in 1910.  Following the destruction od the Second Worls War and the socialist regime, the building and its park was wonderfully renovated into its original beauty in re-opened to the public in 2016. The mansion erves as an exhibition and event hall today.

The central structure of the country house known as Halász Mansion today was built around 1810 by Péter Magyary-Kossa who was the chief tax collector and later chief constable of Fejér County. The mansion built in early classicist style was a typical example of the kind the propertied gentry used to have their mansions built.

Most of the possessions of the Magyary-Kossa family according to the will of Mrs. Magyary were left to her nephew Sándor Sárközy. Part of the estate was given to Lázár Halász due to his marriage to Antónia Halász as her heritage. In 1844 however they bought the whole estate that belonged to Sárközy in Kápolnásnyék and the neighboring territories. Lázár Halász served in the nobiliary guards then a few years as a soldier and in 1848 he willingly supported the Hungarian Revolution against the Habsburgs first as a civil later as a freedom fighter.

The experience gained in his younger years made the son of Lázár, Gedeon an excellent administrator of the family fortune. As a result of his investments by the end of the century his estate emerged from among the medium-sized holdings in the neighborhood. As a caring owner he had the resources to enlarge and beautify his home and its gardens. He had a new wing built to the mansion in western direction and around it he established a smaller park where – following the fashion of the time – traces of the English style parks and elements of the geometrical gardens could also be found.

Anna the daughter of József Schweidel, the martyr of Arad

The first marriage of Gedeon Halász ended in divorce. His second wife was the daughter of József Schweidel the freedom fighter who took part in the battle of Pákozd in 1848 and died for his country as a martyr in Arad. They got married in 1881 their son, Gedeon was born in 1882.

With the death of his father, Gedeon Halász junior inherited the estate and the mansion during his university years. Around 1910 he further enlarged, technically modernized and turned his hundred-year-old home into a neo-baroque mansion. In the same year by buying some of the neighboring lands in the Western direction, he transformed the mansion’s small garden into a real English park.

Gedeon turned thirty when in 1914 he met Elek Alexandrine during the ball season. In spite of the eruption of the First World War they got married in the same year. They had three children: Alexandrine, Gedeon and Valéria. The family idyll in the rebuilt castle and the wonderful park lasted until 1944.

The castle was the scene of vivid cultural life. The Halász family was most often visited by the Meszleny and Manndorf families. They had a great friendship with the internationally well-known musician couple Géza Kresz the violonist and Norah Drewett the pianist who, during the summers, lived in the house of the famous Hungarian poet Mihály Vörösmarty in Kápolnásnyék. No wonder they hosted grandiose concerts that a lot of guests attended. Many of the noble families in the region paid a visit at these occasions, among others the Végh family from Vereb, the Wickenburgs from Velence and the Ambrózy family from Kápolnásnyék.

The castle became uninhabitable due to the destruction of the Second World War. During the socialist regime, first most of the estate then the castle and its side buildings, finally the small land the family was left were all confiscated. By the beginning of the new millennium only the size of the building reminded the onlooker of the once amazing noble home.

The process of the mansion’s rebirth speeded up in 2014. As a result of the financial support of the Hungarian government and the European Union, the intensive work and own resources of the Velencei-tavi Kistérségért Alapítvány (Foundation for the Region of Lake Velencei) the wonderfully renovated Halász Mansion and its 1,5-hectare park were finally re-opened on 25th June 2016.

The once beautifully kept and ornamented landscape garden had only traces left of its past structure, so after studying the history of the park the main goal was to re-establish the condition it was in at the beginning of the 20th century. The vegetation left from the historical planting was preserved; the paths of the garden were rebuilt and are adorned by statues. The park is like a botanical garden, each plant has a little plate with its species spelled in Hungarian and Latin.

Halász Mansion hosts temporary and permanent exhibitions. The site is ideal for the organization of concerts, events and weddings throughout the year. 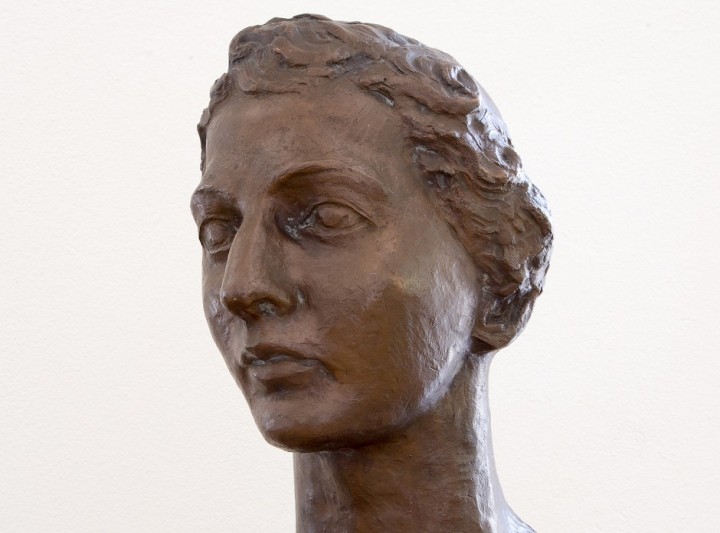 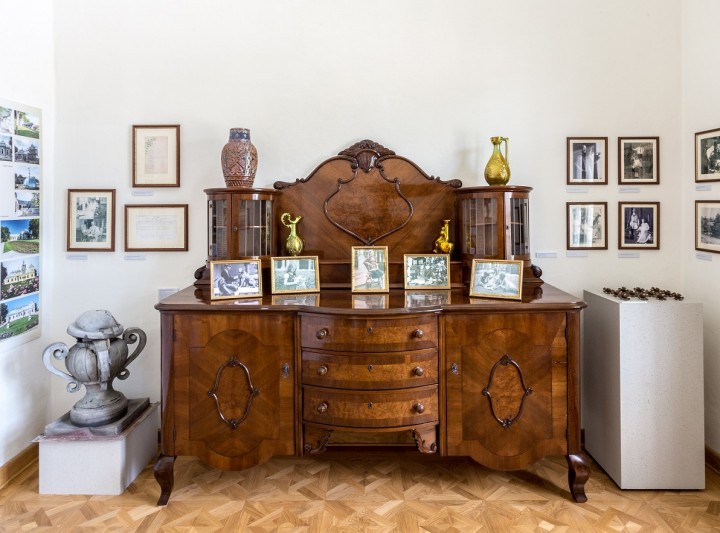