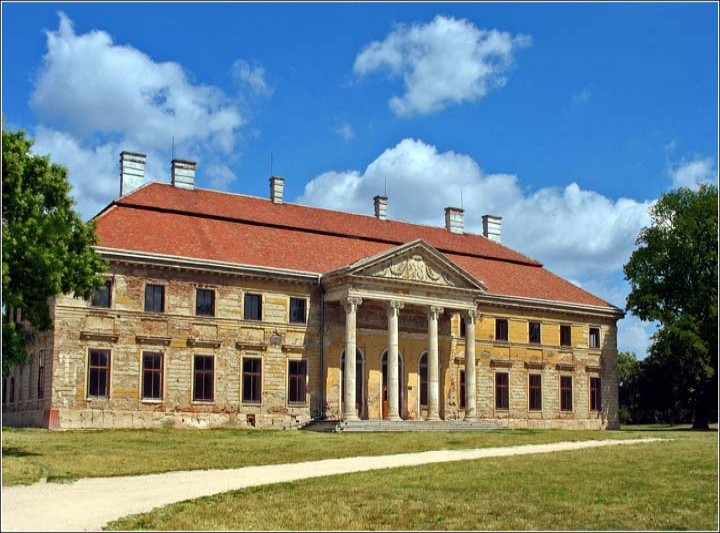 The picture and film history exhibition of the castle built in classicist style presents the history of the settlement from the history of the building of the park to the efforts to rehabilitate the castle. The court wings and the corner pavilions were built around 1850, the architect was Miklós Ybl.

The present form of the castle was given between 1804 and 1810 in the time of Antal Mózes Cziráky and the architect at this time was János Rieder, son of Jakab Rieder who dreamed up the castle in a classicist style. The large (22 fathom wide and 36 fathom long) park around the castle was created at this time in the style of an English garden that included a pond with a complex layout, a small waterfall and an island. Next to the pond the hills made of the excavated soil bear the name of their lord (Anthony and Rose hills). There was a palm-house, a shooting lodge, a stone bridge over the creek and at the side of the pond a romantic fishing hut built in the park. The castle was inherited from Antal Mózes Cziráky by his son János and was renovated in 1943. After the deprivatisation the condition of the park and the castle began to decline. Most of the vegetation was removed except for two lime trees standing in front of the castle while the fittings of the park were scavenged. There were offices and a station for machines in the castle from 1951. Its restoration has been going on since 1996.