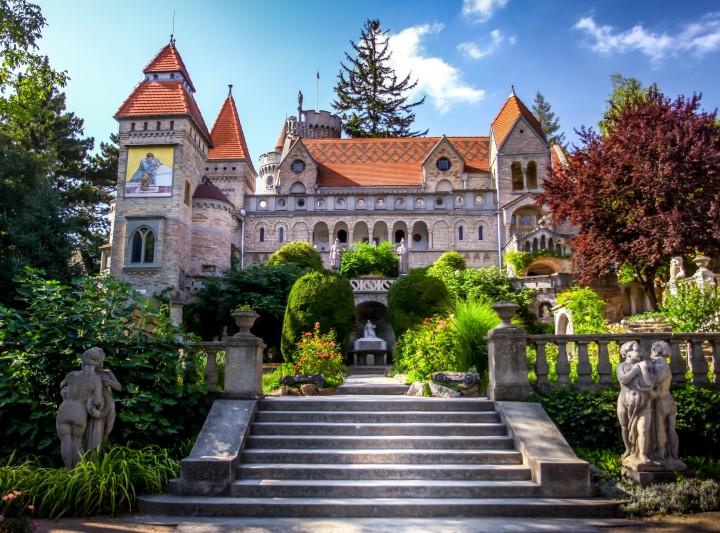 Between the first and the Second World War, in a suburb still covered by vineyards, on the Öreghegy (old hill) Jenő Bory an architect from Fehérvár began building a castle in 1923 on top of an artificial hill. There are very few artists who had managed to build their own memorial and museum in their lifetime but Jenő Bory is one of them.

The story of the castle starts in 1912 when Jenő Bory bought an area of two acres in Máriavölgy ( Mary Valley) near Székesfehérvár where there was only a press-house. He spent the summers here with his family. Then the war came and after it he began building his castle. Jenő Bory regarded the castle as his own piece of art, not so much a building but rather a statue. His house had been building and spreading year by year without plans. This oversized home with its seemingly self-centered ornaments is a very peculiar example of symbolic architecture in Hungary. Even the layout of the castle is symbolic, it centres around two notions: the chapel of marital love and his workshop symbolising the two cornerstones of Jenő Bory's life. Hundreds of statues  can be found  in the building made with numerous techniques. The walls are covered with paintings. Mosaics, glass-paintings and ornamental fountains appear in the most unexpected places both inside and out. The buildings were not guessed out  on the drawing-board but were developed on the spot as poetic details of the underlying idea. Bory the planning architect was also the building supervisor, the foreman and the bricklayer, too. With the help of a few simple workmen he built, expanded, ornamented and enriched this beautiful creation from 1923 until the day he died in 1959. From the dungeon of the castle to the viewing tower the greatest difference is 30 meters. There are seven towers, thirty bigger and smaller rooms amongst them three workshops and there are statues, paintinhgs, antiques and objects of art everywhere. On the corridors running around the hundred-column court of the castle stand the great characters of Hungarian history, heroes, minstrels and kings from Grand Prince Árpád to Sebestyén Tinódi Lantos. 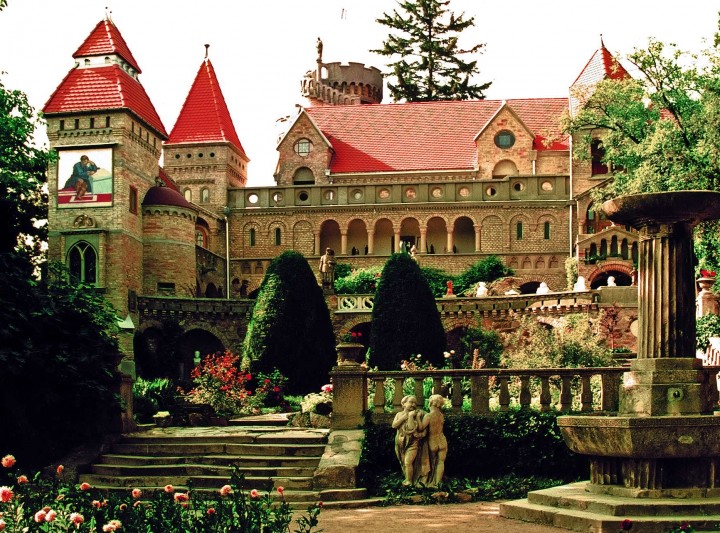