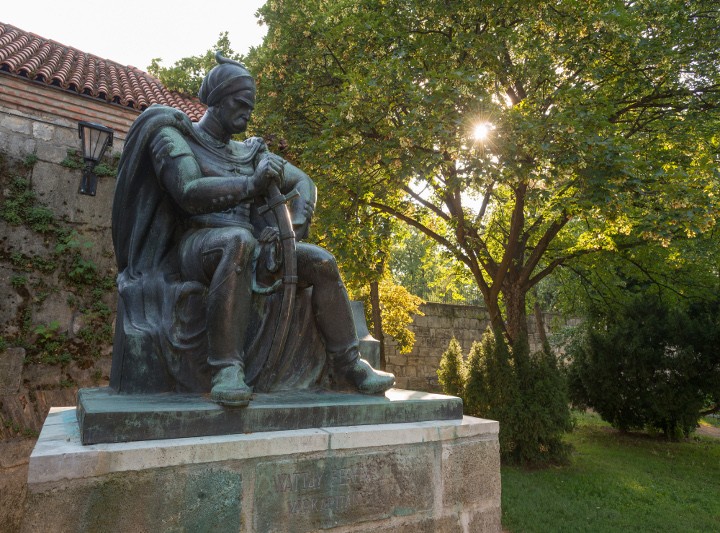 Following the apparent remains of the medieval castle walls the stories of famous figures and legends of the one-time royal seat unfold before us. These walls protected Fehérvár until it fell into the hands of the Ottomans. At the foot of the walls we can find the statues of famous constables. Explore the historic city centre.

In this programme we present to the visitors the remains of the medieval city which has preserved its original structure of streets and its legends. Our journey takes us from the founding of the city up to the Ottoman times. Székesfehérvár was built on the hills of a marshy land that was easily defendable and could be found at the meeting point of natural trails which has determined the strategic and commercial importance of this settlement. More than ten trade routes led through the city during the Middle Ages.  One of these was a pilgrimage route leading to the Holy Land. It is not by accident that Grand Prince Géza built the first stone church of the Hungarians here which was also their burial place. The palace of the Grand Prince and later the Royal Palace were built nearby surrounded by a stone castle. „Feheruuaru rea meneh hodu utu rea” – in the earliest written record of the Hungarian language, part of the founding certificate of the Tihany Abbey dated 1055, the name of a city is mentioned referring to a “military route going to Fehérvár”. According to one explanation the name Fehérvár (white castle) refers to the stones or white-washed walls of the early royal castle and palace built by Grand Prince Géza. Although we may be unable to find white stones we can spot the remains of the castle wall at several different points throughout the city centre. The statues of the heroic constables of the castle – Ferenc Whatay who escaped four times from Ottoman captivity and György Varkocs who was locked out from the city and died as a hero – can be found at the foot of the walls.

Price of the programme in a foreign language: 17 500 HUF/group