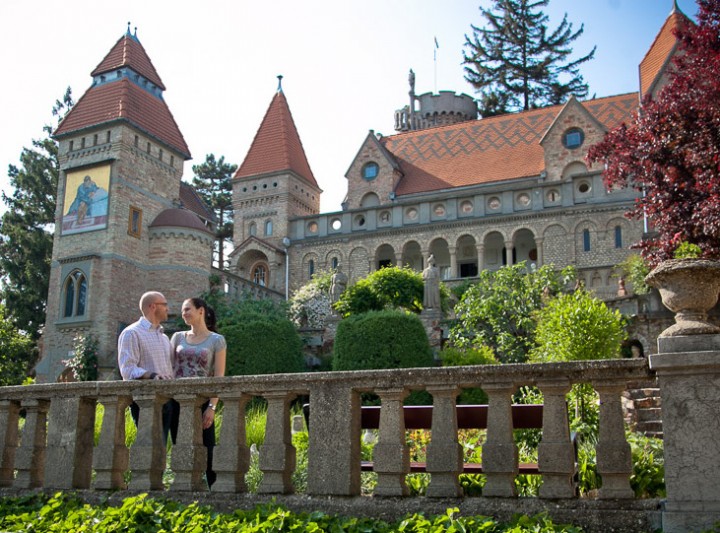 Bory Castle – the fort of romance

Do you fancy a lulling stroll amongst the baroque, rococo and Louis Seize style buildings by the sparkling fountains of the High Street? Would you like even more? Discover the fort of romance, a castle of a 20th century cavalier, the most peculiar building of the city! The Bory Castle!

Which woman doesn’t dream about their partner creating a long-lasting memorial of their love? Jenő Bory raised a complete castle with his own hands for his wife and children. For almost 40 years he was building it without any comprehensive plans, freely experimenting with this building intended to be a home where he was the designer, the architect and the bricklayer, too. With its seven towers and thirty smaller and bigger rooms it has become the most peculiar building of the city, a real oddity in the suburbs. This oversized home with its seemingly autotelic ornaments is a very peculiar example of symbolic architecture in Hungary. Even the layout of the castle is symbolic, it centres around two notions: the chapel of marital love and his workshop symbolising the two cornerstones of the life of sculptor-architect. The castle of Jenő Bory is a memorial of his undying love towards his wife Ilona Komócsin, a painter. It is not by accident that locals prefer to have their wedding photos taken in this place.