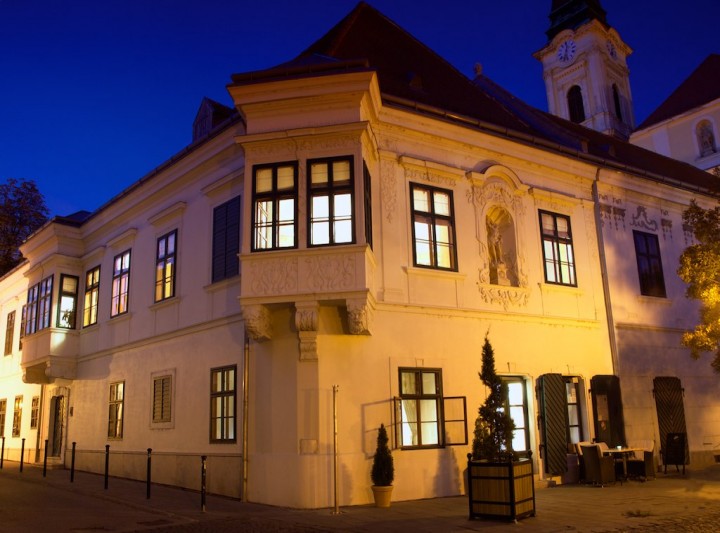 This baroque-rococo building from the 17th century is really three different houses that have been built into one over the centuries. Today we can also find a wedding-hall in the building.

The Hiemer House is a listed compound of buildings of significant value that has been restored in the city centre of Székesfehérvár and which has been created by the fusion of three medieval buildings. The value of this listed building is given by its relatively well-preserved remains of medieval buildings, baroque frescos and the stucco-work decorating the walls inside and out. Its historic importance also contributes to its value: its former owners were from the most distinguished class of the city.

This is why this block has preserved the names of its owners and families living inside the most well-known of which were Mihály Hiemer, Count Ferdinand Caraffa and Mátyás Pfund (Font). The Hiemer-Font-Caraffa block is first mentioned after the end of the Ottoman rule, in 1688 when in the city re-consecrated by Bishop Pál Széchenyi the mainly run-down buildings were also re-consecrated.

It is a complex providing fully comprehensive services for all modern needs containing several conference halls, press room, two apartments, a restaurant. On the side of the building facing the Town Hall (Városháza) Square we can find the Tourinform Office and the Fehérvár Gift Shop. This building houses the wedding hall of the city and in May 2011 the Hetedhét (behind the beyond) Toy Museum was opened presenting its collection recognised even on a European level. In the cellar an escape room :  "The Captain's Secrets " is waiting for the players. 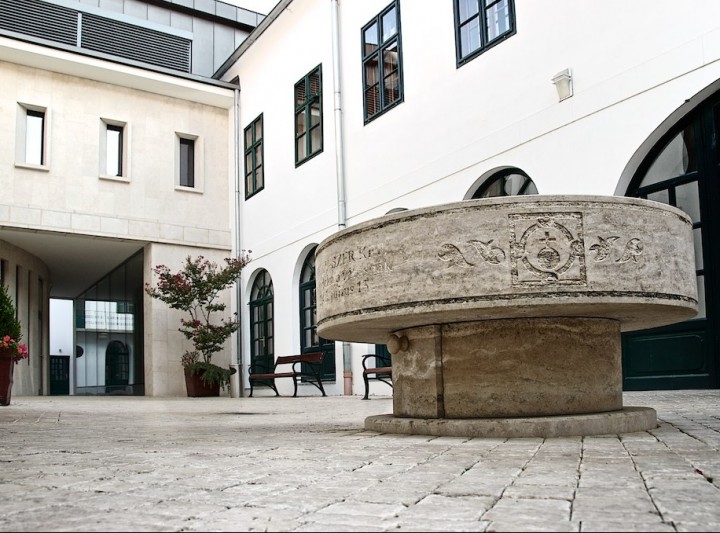 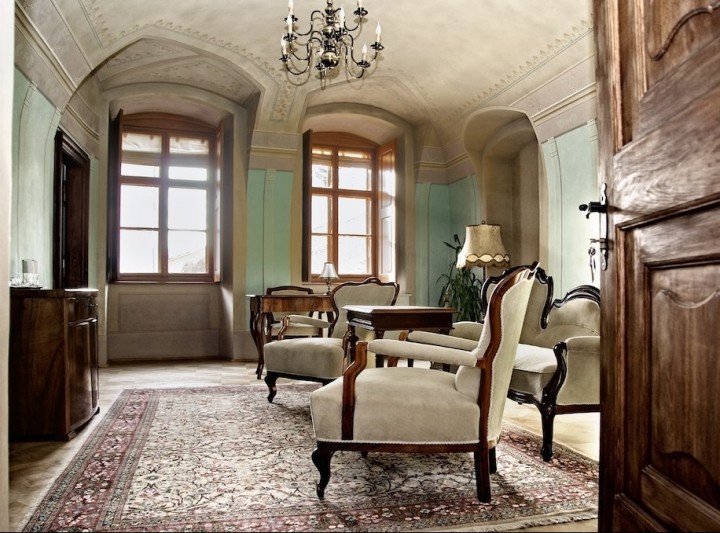 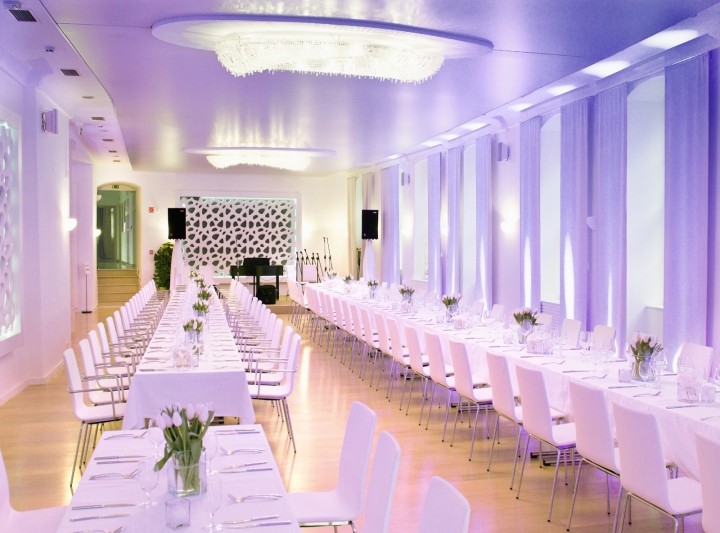 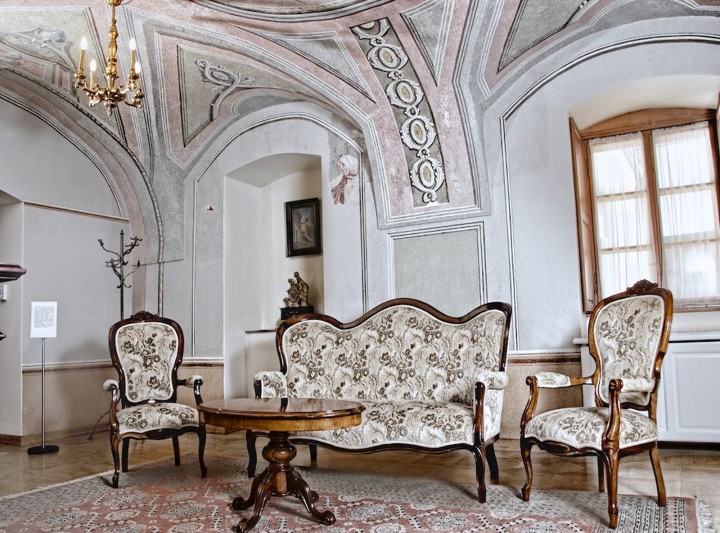 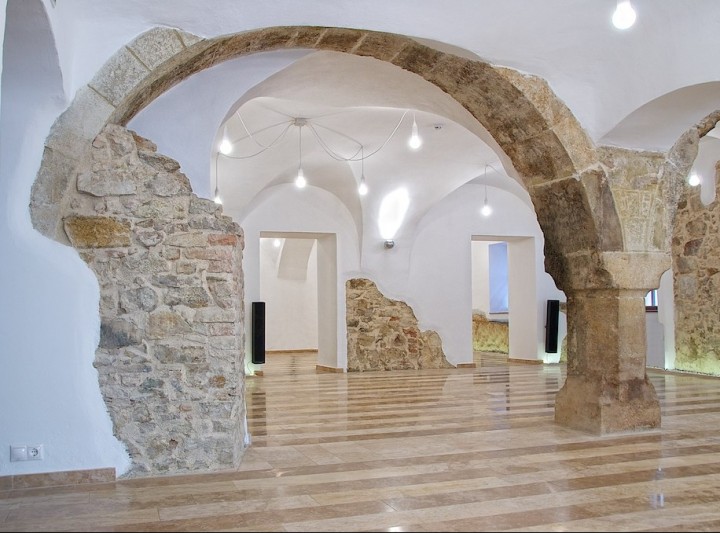 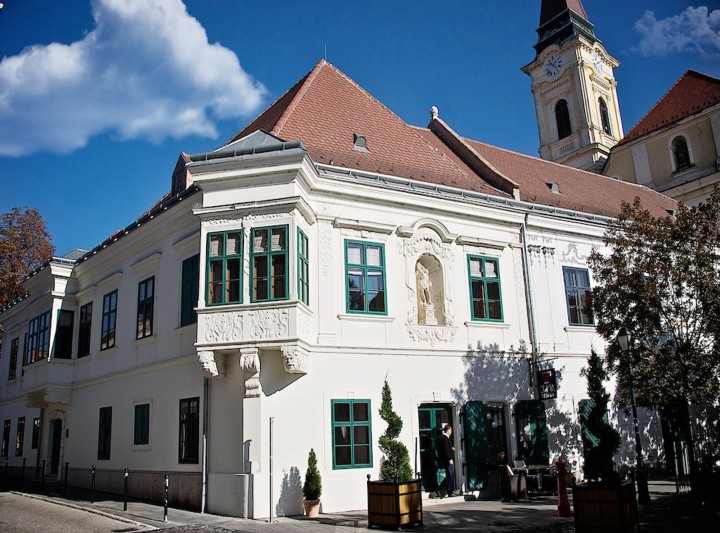